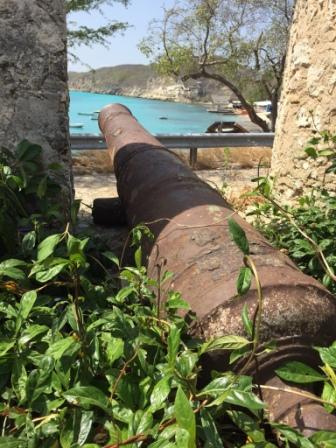 Fort Sint Michiel lies in the sea side village of St. Michiel, and was probably built in 1701. It was one of 2 batteries guarding the bay. The other was situated on the northern side of the entrance to the bay. In February 1713 the cannons at Fort Sint Michiel were immobilized when the French came ashore. In the mid 18th century Fort Sint Michiel fell into neglect. At the end of that century however its cannons more than once provided shelter for Dutch and American ships on the run for pirates. The fort fell into French, English and Dutch hands, and after 1816 it lost its military significance.

Posted in Landmarks and Sights to See